Compression has got to be the most misunderstood tool in audio production. I hope to do my little part to help change that with this article and video.

Compression can simply be explained as an “automated volume fader” or dynamic tool, but does that really clarify how to use it? To muddy the waters further, a compressor set the wrong way might do exactly the opposite of what you want it to do.

A big part of learning how to use compression is a lot of listening and experimenting. Hopefully after this article you’ll have at least a conceptually understanding of exactly how a compressor affects sound.

We’re going to compress this snare hit and turn it from a quick smack to a big fat thwack!

To solidify the dynamic nature of compressors (pun) we’ll then take that compressed big fat thwack snare and use a compressor to turn it BACK into a more quick smack sound.

To get that big thwack our objective is to decrease the difference from the highest peaks to the lower peaks. All the higher peaks are right at the beginning of the hit and the whole snare hit happens very very fast. Keep that in mind as we start going through the controls.

The Compressor’s Controls (or Parameters)

After I initially set a threshold to get around the gain reduction I think I’ll want, I’ll often start adjusting other parameters and then return to adjust the threshold to taste.

Technically speaking, the ratio is how much the signal is getting compressed above the threshold. The higher the ratio, the more compression.

Here’s a before and after picture of how an 8:1 ratio might affect that highest middle peak.

How do you choose a ratio?

First think to yourself, am I trying to drastically reduce dynamic range? Are there some peaks that are very loud verses the rest of the sound? Then you might choose a higher ratio like 8:1 or get into limiting ratios 10:1, 20:1 and Infinity:1.

You’ll get more of an instinct for choosing a ratio as you listen and experiment more…it only takes a couple seconds to change the ratio and listen if it is better one way or another.

Attack, technically speaking, is a rate at which gain reduction is applied after the signal crosses the threshold.

“Attack is the length of time it takes a compressor to apply roughly two-thirds of the targeted amount of gain reduction.”

Let’s say you set the attack to 100ms. Most of the snare hit used in this tutorial takes place in less than 40ms. The meters on the compressor will show gain reduction but it isn’t reducing the initial big transients that we want to grab to the degree we want.

If you have a very short sound, like a snare sidestick, with a long attack time, the compressor might not be doing anything at all to compress the signal. That is unless…

Unless you have a release time sooo long it keeps the compressor reducing gain all the way to the next sidesnare hit.

So to go back to our sidestick scenario. Let say there are two sidestick hits 200ms apart.

The first sidestick hits the compressor, it goes above the threshold telling the compressor it should start applying gain reduction.

BUT…let’s say you set the compressor’s attack to 100ms and the release to 5000ms.

The compressor is not going to reduce the first sidestick because it wasn’t attacked fast enough, however, the compressor was fed a signal above the threshold so it starts to do gain reduction, and it will keep reducing gain until we get to 5000ms.

The second sidestick was only 200ms away from the first, so the compressor has not yet stopped doing gain reduction. It has not been released.

Jesus I hope that’s not too boring and clear enough.

When you compress something, it will sound quieter. To compensate for this most compressors include a makeup gain.

One problem people have when using compressors is they set the makeup gain higher than the original signal (or the compressor does it automatically for them) making the sound louder but not necessarily better.

Compressors might have other controls like knee, or filters, we’ll talk about them another time, let’s master the fundamentals first.

How do we make this fat snare?

Let’s take a look at where we are again and where we want to be.

As mentioned above, the meat of this snare takes place in less than 40ms. That should give you the idea that the attack and release probably got to be faster than that.

In order to get a bigger body we are reducing the dynamic range of the snare hit. All of the very loud parts of the snare take place in the first 3ms. In other words, REALLY FRIGGEN QUICKLY.

Quick pause Normally I have no idea of how many milliseconds a sound is. I measured this out here for edumacation purposes.

If you look at the picture of the “smack” snare above, i.e. the uncompressed snare. You’ll see there is a sharp drop in level very quickly.

Because the sound get’s very quiet quickly after the first loud smack, we want to make sure that the compressor is compressing for the shortest amount of time possible so we don’t compress any of the body of the snare.

In the video at the top, I set the ratio to 8:1. It’s a good amount of reduction, which we need because the difference between the highest peaks is so great. I didn’t do 20:1 for example because I still wanted to maintain some sort of “smack” or initial hit in the sound.

Here’s how the settings on the compressor ended up. 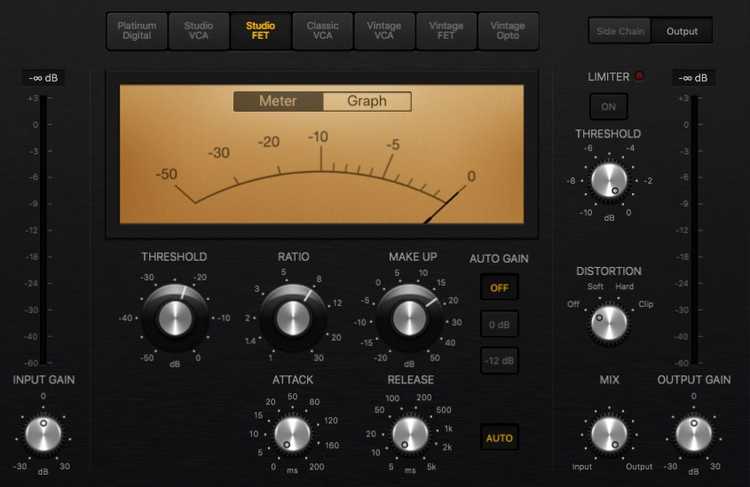 Attack and release as fast as possible. Needing a good amount of makeup gain to restore the level.

This is a crazy amount of compression, but sometimes exploring the extremes helps people hear the subtleties later on.

Mission 2: Back to Smack

Let’s look at a refresher of what we are going for now.

Now’s a good time to test yourself to see if the information is making sense or you just think it is.

So in order to get the sound closer to what we started with, we don’t want to attack the first initial peaks, but everything after them.

In the video I played with this idea on the fly and these were the settings I came up with. 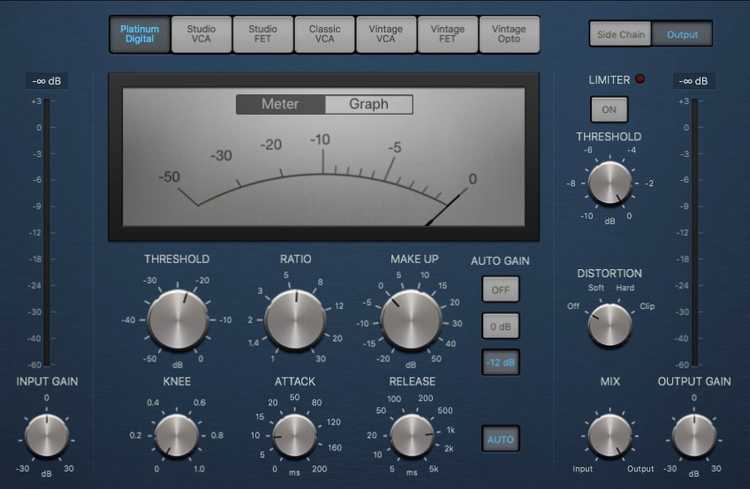 So you can see the attack is around 10ms. Slow enough to let the initial transients through but fast enough to start reducing the body of the snare hit again. The release doesn’t necessarily need to be as long as I set it, but it needs to be long enough that the compressor is still reducing the body to some extent through the end of the hit.

Back to the beginning

Now imagine you wanted to make the original, uncompressed snare fatter, but you set your compressor up with an attack time at 10ms as I just did in “Mission 2: Back to Smack”. You might actually INCREASE the dynamic range doing the opposite of what you wanted.

This is not the end. Only the beginning.

My hope here was to use these extreme examples to demonstrate what a compressor can do and how their controls make it happen.

I’ll be writing more articles and making more videos on compression in the future. There’s so much more stuff that needs squashing and explaining.